What makes Bitcoin such a polarizing them? In a short span of 10 years bitcoin has been both compared to the tulip mania and hailed as being a decentralized monetary revolution. Which one is it really? Gaurav, Founder & CEO – Kuvera.in speaks with Gaurav, CEO of Bitbns and Advait, Senior Correspondent at Bloomberg Quint, to demystify bitcoin and dive into legalities and long term prospects of owning bitcoin. #KuveraInsights

Earlier this week, Bloomberg reported that there has been a surge in the number of companies not providing adequate information for the assessment of creditworthiness. As per a document submitted to RBI by rating agencies which was seen by Bloomberg, 47% ratings now fall under the “not cooperating” category, more than double compared to 22% in March 2018. The report also states that 95% of these ratings are for bank loans. 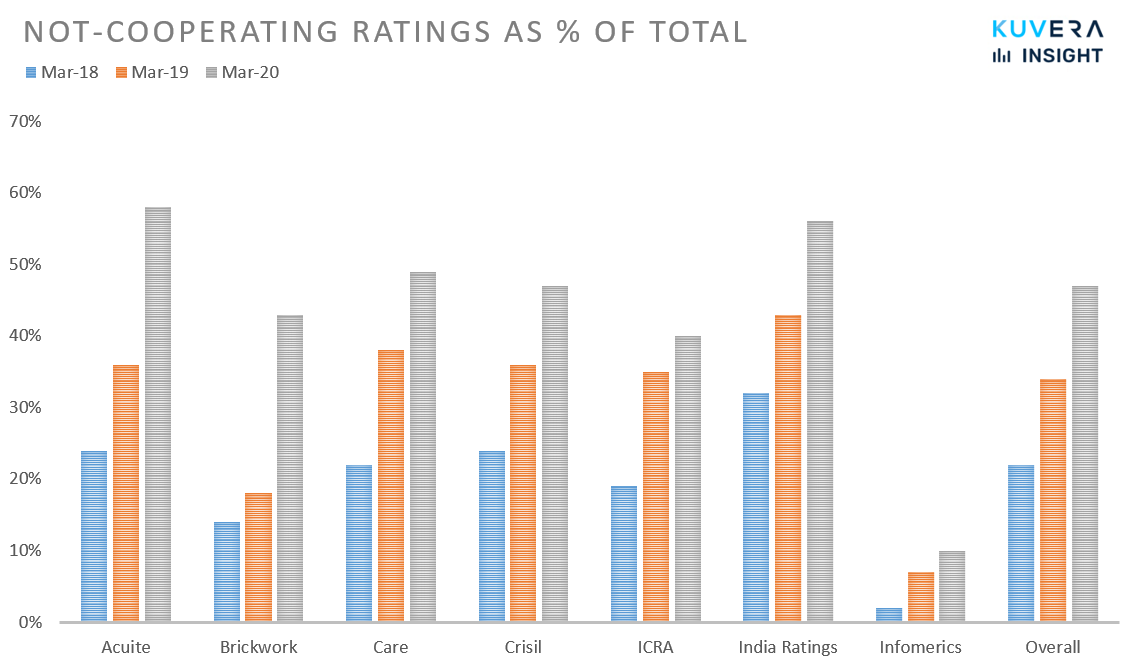 Source: A document submitted by rating companies to the RBI on July 1 and seen by Bloomberg.

Stamp Duty of 0.005% has become applicable to all Mutual Fund purchases with effect from July 01, 2020 (including lump sum, SIP, STP, switch, dividend reinvestment). The Government of India had introduced changes to stamp duty act last year and the same has come into effect now. Stamp duty will not apply to the redemption of Mutual Fund units. In essence, for a purchase order of Rs 1 Lakh, a nominal amount of 0.005% (Rs 5) will go towards Stamp duty charges. DSP MF has addressed some frequently asked questions with detailed information about the applicability of Stamp Duty.

1/ Nippon India Mutual Fund has announced that Varun Goenka and Nikhil Rungta have been re-designated as Fund Managers of Nippon Life India Asset Management Limited, with effect from 01 July.

3/ Motilal Oswal Mutual Fund has announced that Akash Singhania ceases to be co-fund manager of Motilal Oswal Midcap 30 Fund. Niket Shah will take on sole managerial responsibilities of the scheme.

A man should hear a little music, read a little poetry, and see a fine picture every day of his life, in order that worldly cares may not obliterate the sense of the beautiful implanted in the human soul.