Skip to content
Zen And The Art Of Investing

Zen and the art of investing – simple stories to understand markets and our reaction to them!

Ch 1: The simplest things are the hardest

Ch 2: The art of make believe

“Bless me Father, for I have sinned. I have been with a girl.”

The priest asks, “Is that you, little Joey Pagano?”

“And who was the girl you were with?

“I can’t tell you, Father. I don’t want to ruin her reputation.”

“Well, Joey, I’m sure to find out her name sooner or later so you may as well tell me now. Is it Tina Minetti?”

“Is it Teresa Mazzarelli?”

“Is it Nina Capelli?”

“My lips are sealed.”

“Is it Rosa DiAngelo, then?”

“Please, Father, I cannot tell you.”

The priest sighs in frustration. “You’re very tight lipped, and I admire that. But you’ve sinned and must atone. You cannot be an altar boy now for 4 months. Now you go and behave yourself.”

Joey walks back to his pew, and his friend Franco slides over and whispers, “What’d you get?”

1/ It should come from a reliable and trusted source

Over centuries people have invested in getting reliable information sooner – through fair and unfair means. The most famous is the now contested account of how the Rothschilds made a fortune by using their knowledge of the early victory at the Battle of Waterloo. The Rothschilds courier brought the news of Napoleon’s defeat to London a full 48 hours before the government’s own riders. As the story goes, instead of buying bank annuities, Rothschilds proceeded to sell them starting a rumour that Napoleon has won. Once the price of bank annuities had sufficiently crashed and before the official news arrived in London, Rothschild then bought the same securities at a very low price. Even though the story is debated amongst modern historians around the exact mechanics and the size of fortune won, everyone agrees that Rothschilds benefitted by getting the information early.

Traders and investors alike always look for any informational advantage they can get. Be it in days or microseconds, every small gain is worth fighting for. High-frequency trading firms that trade millions of securities every second, host there servers next to the exchanges so that their orders can be placed faster. They spend millions to ensure that they have a millisecond advantage. Regulation can and does help make markets a level playing field in the long term. But it takes time.

RBC conducted a study, never released publicly, in which they found that more than two hundred SEC staffers since 2007 had left their government jobs to work for high-frequency trading firms or the firms that lobbied Washington.

Contrast this with how most people make an investment or trading decision. You have some money to invest so you open the leading market newspaper or website or TV channel and start looking for ideas. The ideas are being disseminated by research analysts or financial journalists or self-proclaimed investment gurus.

So, let’s see how this information stacks up to our two criteria’s –

As we have said previously, what we are bombarded with daily as financial news is just commentary. It has very little information value for your portfolio. Blindly following it is a sure shot way of ensuring you won’t be investing for long. It also is self-confirming – follow the news for the next 15 days and for every day make a mental note if the below is true –

If the markets are up (down), then the majority on financial media are bullish (bearish).

It is almost uncanny.

In effect no one knows what is going to happen so why not use the economists famous “on the one hand and on the other hand” trick and cover all bases. As Benjamin Graham writes in Intelligent Investor, reporting like below will almost never be seen –

“Stocks are crashing, so you turn on the television to catch the latest market news. But instead of CNBC or CNN, imagine that you can tune in to the Benjamin Graham Financial Network. On BGFN, the audio doesn’t capture the famous sour clang of the market’s closing bell; the video doesn’t home in on brokers currying across the floor of the stock exchange like angry rodents. Nor does BGFN run any footage of investors gasping on frozen sidewalks as red arrows whiz overhead on electronic stock tickers.

Instead the image that fills your TV screen is the façade of the New York Stock Exchange, festooned with a huge banners reading: “SALE! 50% OFF!” As intro music, Bachman-Turner Overdrive can be heard blaring a few bars of their old barn-burner, “You Ain’t Seen Nothin’ Yet.” The anchorman announces brightly, “Stocks became more attractive yet again today, as the Dow dropped another 2.5% on heavy volume – the fourth day in a row stocks have gotten cheaper. Tech investors fared even better, as leading companies like Microsoft lost nearly 5% on the day, making them even more affordable. That comes on top of the good news of the past year, in which stocks already lost 50% putting them at bargain levels not seen in years. And some prominent analysts are optimistic that prices may drop still further in the weeks and months to come.”

Markets can also be driven by what investors perceive what other investors are thinking. Keynes described this as a beauty contest in a fictional newspaper where participants were asked to pick the six most attractive faces from 100 photographs. Those who picked the most popular faces were then eligible for a prize. So as a participant, you must disregard who you think the prettiest photographs are and focus on what you believe the average participant would think the prettiest face is. As he writes in his celebrated book General Theory of Employment, Interest and Money:

Keynes believed that similar behaviour is at work in the stock market. Investors price shares based on their assessment of where they believe other investors will price them, or where they expect the average assessment of the value will be. This price could be significantly different from their assessment of fundamental value. So, per Keynes, it doesn’t make sense to invest in a company that you think is the best. Rather you try and predict what the average investor thinks are the best companies and invest in them.

Keynes beauty contest was put to test by National Public Radio’s (NPR) Planet money. They ran an online experiment in which people visiting a page saw three videos, one of a kitten, one of a slow loris and one of a baby polar bear.

Visitors were then asked to answer two questions.

Q1) Vote for the animal you think is the cutest?

Q2) Vote for the animal you think is most likely to be voted the cutest by other market participants?

Over 12,000 people participated in this experiment. While 50% thought the kitten video was the cutest, 76% thought that the kitten video would be voted the cutest by most other participants. This could lead to a bubble in kitten videos, disproportionate to the number of people who actually found kittens cute. Further, it would restrict the supply of slow loris and baby polar bear videos though enough people individually found them cute but did not expect others to find them cute as well.

The results, the author of the NPR study concluded, was consistent with Keynes observations.

At the extreme, you could create a circular information inference, where everyone is bullish (bearish) because they think everyone else is bullish (bearish). Just like the housing bubble that led to the 2008 Global Financial Crisis or the tech bubble of 2000. People kept buying houses (tech stocks) under the assumption that everyone else will continue to keep buying houses (tech stocks) even though most would have agreed, in private, that the prices were quite dissociated with fundamental value.

“Probably,” was the answer.

When the men returned the chief told them it would be a bad winter and to go cut more firewood.

Just to be sure, the chief called the Weather Service again and asked, “Are you sure it’s going to be a bad winter?”

So, when the woodcutters returned, he again sent them out to cut more wood.

Once more he called the Weather Service and asked, “Are you really sure it’s going to be a bad winter?”

“How do you know?” asked the chief.

So, next time you get that hot tip of the must-buy Mutual Fund or stock, think about what is your informational advantage?

If you’ve been in the game 30 minutes and you don’t know who the patsy is, you’re the patsy.

*Patsy is American slang for a gullible fool.

Addendum: are you getting the complete information anyway? Or is it filtered through the tinted glasses of the analyst recommending it (large existing position) or the media house disseminating it (close ties to the corporate house)?

A Jewish man on the subway is reading an Arab newspaper. A friend of his, who happened to be riding in the same subway car, noticed this strange phenomenon.

Very upset, he approached him.

“Moshe, have you lost your mind? Why are you reading an Arab newspaper?”

“I used to read the Jewish newspaper, but what did I find? Jews being persecuted, Israel being attacked, Jews disappearing through assimilation and intermarriage, Jews living in poverty. So I switched to the Arab newspaper. Now what do I find? Jews own all the banks, Jews control the media, Jews are all rich and powerful, Jews rule the world. The news is so much better!”

Read the other Chapters:

Ch 2: The art of make believe

Ch 1: The simplest things are the hardest

Zen And The Art Of Investing
Ch 4: First they sell greed, then fear and then they sell complexity.

Zen and the art of investing – simple stories to understand markets and our reaction to...

Zen And The Art Of Investing Ch 4: First they sell greed, then fear and then they sell complexity. 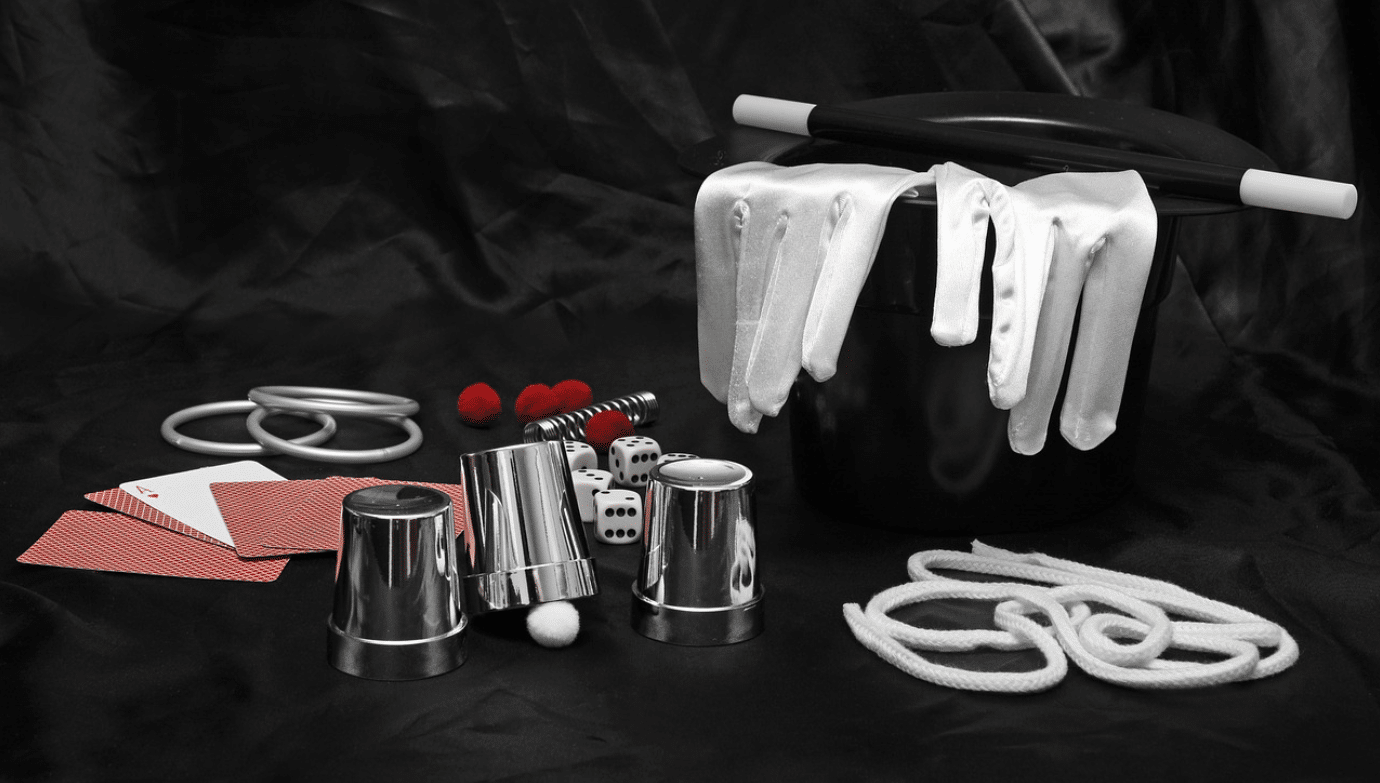 Zen And The Art Of Investing
Ch 2: The art of make believe

Zen and the art of investing - simple stories to understand markets and our reaction to them! Ch...

Zen And The Art Of Investing Ch 2: The art of make believe 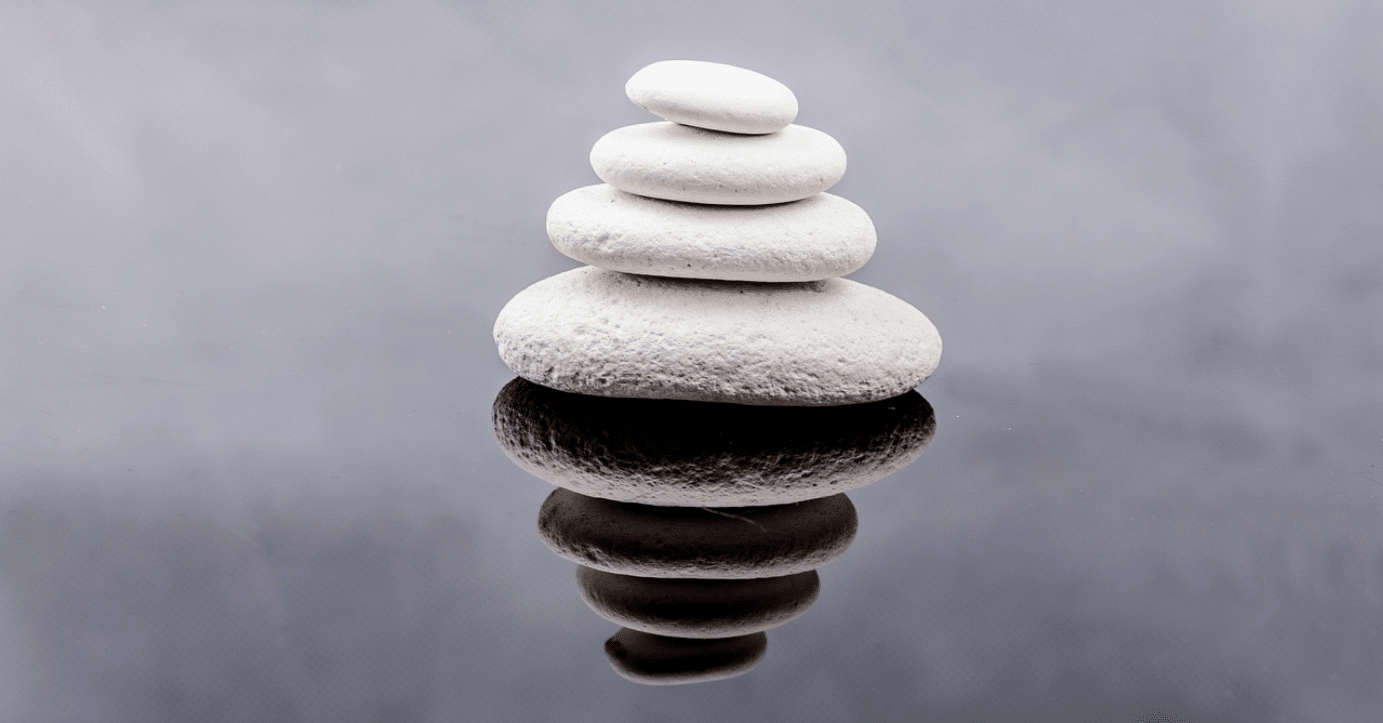 Zen And The Art Of Investing
Ch 1: The simplest things are the hardest

Zen and the art of investing - simple stories to understand markets and our reaction to them! Ch...

Zen And The Art Of Investing Ch 1: The simplest things are the hardest