A drawdown is defined as –

The chart below shows how much the Nifty index was down on that date from the last all-time high. Spend some time in understanding it properly. 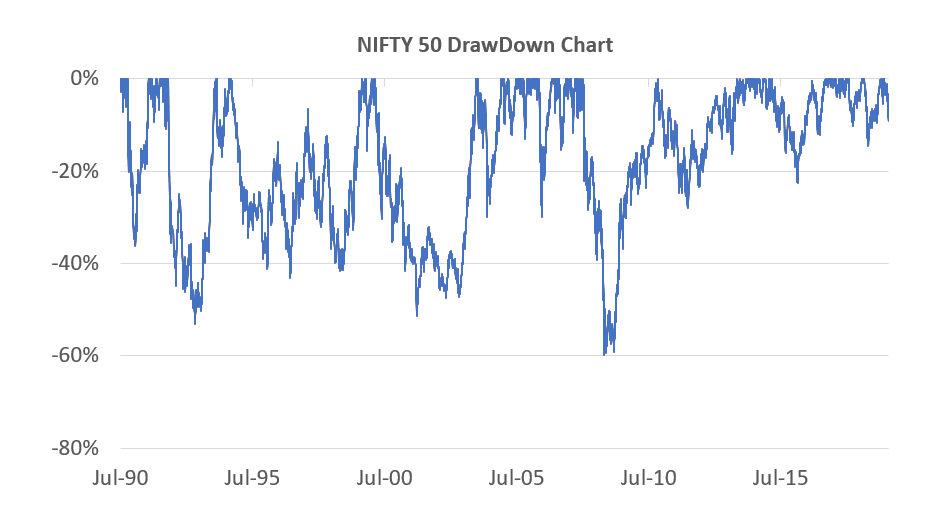 Read the above sentence again.

How about 1-years return after a -10% or worse drawdown? There is a 68% chance that the 1-year return after a -10% drawdown will be positive. The average 1-year return observed over the past 30 years post a -10% or worse draw is 21%. Of course your odds improve considerably the longer you are willing to hold equity index. Remember, invest for the long run.

So, there you go. It is never as bad as it seems. The historical odds are good and the only requirement from the investor is to avoid the behaviour gap.

DSP Mutual Fund has marked down its investment in non-convertible debentures (NCDs) of Coffee Day Natural Resources Pvt Ltd (CDNRPL) by half. In communication by the fund house it was specified that DSP Credit Risk Funds exposure to NCDs of CDNRPL was Rs 69 crores as on July 29, 2019. The fund house also said that the exposure is secured by a pledge on the listed shares of CDEL and a land parcel.

As per a Finance Ministry Statement, the National Housing Bank (NHB) is infusing an additional ₹10,000 crore in NBFCs from Friday with a view to improving the flow of funds for housing loans. This would be in addition to two existing refinance schemes of the NHB.

On Thursday US President, Donald Trump announced that he would impose a 10% tariff on $300 billion of Chinese imports. On the other hand, Beijing has promised to respond if the US insists on additional tariffs on Chinese imports. Amidst the abrupt escalation of the trade war between the world’s largest economies stocks across nations were trading low during the week.

2/ G Narayanan and Jaideep Singh have been appointed as Independent Directors on the board of Canara Robeco Asset Management Company Limited.

3/ Sandip Ghose has been appointed as Independent Director on the board of Motilal Oswal Trustee Company Limited.

You get recessions, you have stock market declines. If you don’t understand that’s going to happen, then you’re not ready, you won’t do well in the markets. 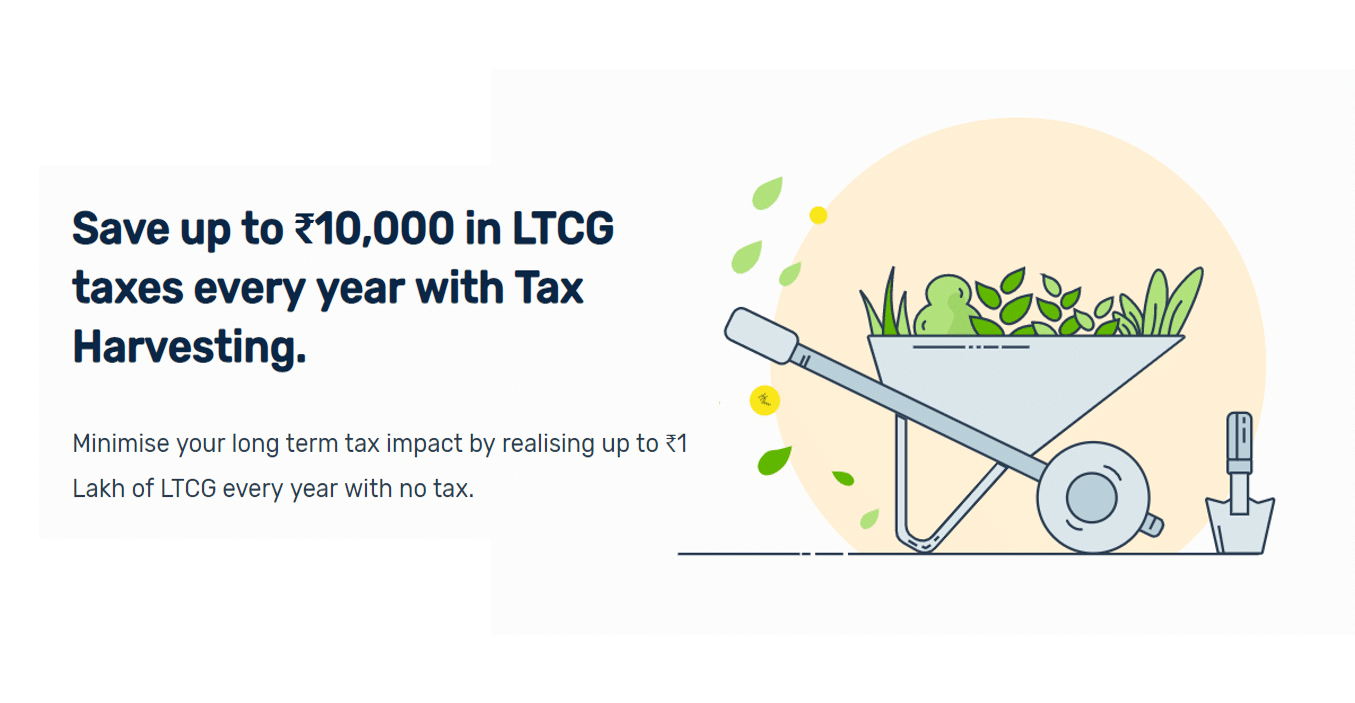 Tax Harvesting is a technique that utilises the ₹1 Lakh annual LTCG exemption by selling and buying back part of your investment such that you “realise” gains and not pay taxes on them. At a 10% LTCG tax rate, you could save up to Rs 10,000 in LTCG taxes every year by doing this diligently.

Do not wait for February / March to harvest taxes. Do it as early in the financial year as possible – you may not have gains later to harvest!

Like all our features, Tax Harvesting optimizes on your entire portfolio – bought on Kuvera or imported from elsewhere.

Our founder and CEO Gaurav (@rustapharian) spoke with Neil Borate of  Mint about the big questions...

We have launched the SaveSmart feature on Kuvera. This turbo-charged deposit account optimizes...

We have launched SaveSmart feature on Kuvera. SaveSmart is a turbo-charged deposit account to...