If you haven’t been sold a moving average momentum strategy, you will be sold one soon. It is the simplest momentum-based quantitative strategy and the backtest can be set up easily in excel – thus its widespread availability.

1/ A short-term moving average – say average price over the past 21 days.

2/ A long-term moving average – say average price over the past 200 days.

So far so good and a really simple strategy setup as you will agree.

Below is an example from Prof Ben’s blog on moving averages we published this week. Below table shows the return of different moving averages crossover strategies from 2010 – 2015. These are before cost, but still instructive for our purpose. As you will see that using a 1-day short-term moving average and 5-day long-term moving average did the best in this time period delivering 20% CAGR before transaction costs. 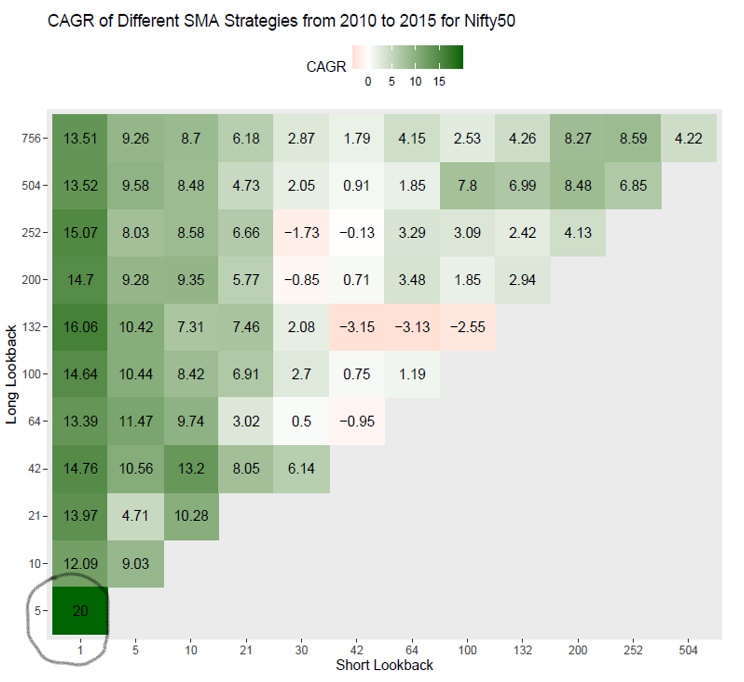 The winner strategy of 2010-2015 not only didn’t do well, but it also lost money! Down 1.73% per year in a bull market is kind of hard to believe for a momentum strategy and that too before transaction costs. 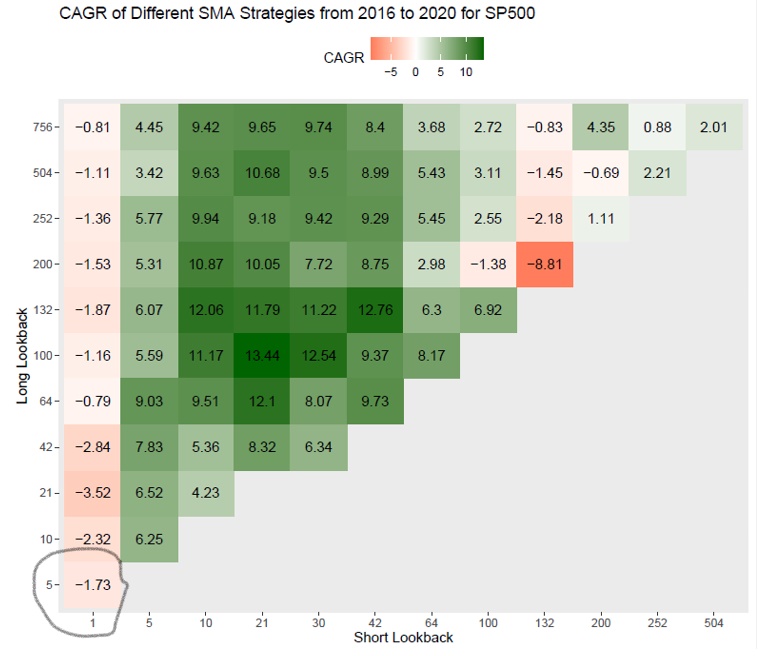 As Prof Ben of NUS says most investment advisers will not show you the above charts or the out-of-sample performance of these simple momentum strategies but will present the best performing strategy in past data, and pitch it to you with some kind of story about human behaviour being predictable.

Read Prof Ben’s note here where he lays out all the questions you need to ask your adviser if they are looking to sell you a moving average or any such momentum strategy. It is a must-read if you want to avoid disappointment when the promised returns based on the backtest are not delivered.

On this episode of #KuveraInsights we bring you a session by Gaurav Rastogi, Founder & CEO – Kuvera.in at the Women In Tech virtual conference – #WiTSPARK 2020. Gaurav addressed several questions that a ‘yet to be an entrepreneur’ faces while on the crossroads of ‘taking the plunge’. “It ain’t easy and yet the journey’s exhilarating,” says Gaurav.

3/ Taurus AMC settled a case with SEBI by paying Rs 1.94 crore as settlement charges. The case was pertaining to the default of debt obligations by Ballarpur Industries Limited (BILT), further to which four schemes of Taurus MF witnessed a single day dip of 7-11% in February 2017. The case has been settled by the AMC without any admission or denial of allegations.

If you are offered a seat on a rocket ship,
do not ask what seat!