Fridays are amazing. After four days of having put in your best (or worst), you can sleep in peace or in anticipation or in a state of nervousness (all three if you are a trader). Stability and long term holding are what you seek after becoming a forced investor!

September 20, was one of such amazing Friday or perplexing days for some and a day of regret for others. Many had sold out of their “supposedly long term” portfolios which they had considered to be an ‘all-weather’ portfolio only a few weeks back.

But as everyone had been ranting about, the economy was in the doldrums and was heading only one way-downwards. Thus, no one wanted to take losses. Everyone was sure of a better ‘entry point’ in a few days or a month or even a quarter as many of the market experts, analysts or veterans had been predicting.

‘The bottom is yet to come’

‘Let’s wait for the opportune time’

: favorite phases of a down market

This was the scenario until the morning of Friday, September 20, 2019. Then, there was a surprise announcement by the Finance Minister Nirmala Sitharaman about the reduction in corporate taxes.

For companies which do not avail of exemptions, the tax rate was slashed from 30% to 22%. For new manufacturing companies setting shop, the rate would be 15% from the existing 25%. (17.01% including surcharge and taxes). This was quickly and rightly touted as major policy reform or a game-changer for growth, and which the industry has been demanding for a very long time.

There were numerous traders (and investors) who found themselves trapped, though. This is because the market had been moving lower for some time owing to weak global and local cues.  The news of drone attacks on Saudi Arabian oil fields added ‘fuel’ to the fire as it immediately announced a decision to cut crude production by almost half.  This led to an increase in the price of Brent crude of $ 11.73 per barrel in a day. Any increase in oil prices is very bad news for India (for obvious reasons)

Thus, on Thursday, September 19, 2019, Sensex ended 470 points or 1.29 % down at 36093.47 and Nifty closed at 10705, down by 136 points or 1.25%. Most traders had placed their bets in anticipation of further, deeper market cut. Investors, too, were trying to find their feet after the sudden oil price rise. Hence many people were caught unawares with this announcement from the Finance Minister.

Some answers to this reaction and behaviour of the investors (and traders) can be found in behavioural finance and the various human biases it covers.

What is behavioural finance?

Behavioural finance, as per Investopedia is

a sub-field of behavioural economics, proposes psychology-based theories to explain stock market anomalies, such as severe rises or falls in stock price. The purpose is to identify and understand why people make certain financial choices. Within behavioural finance, it is assumed the information structure, and the characteristics of market participants systematically influence individuals’ investment decisions as well as market outcomes.

Behavioural finance works on the premise that most investors are irrational and are affected by a number of cognitive errors. The human brain with its limitless power still has weaknesses and these weaknesses are called ‘biases’.  These ‘biases’ have now been well re-searched and some pioneering work has been done to explain human behaviour when aligned with investing in stock markets. It is based on the fundamentals of human nature and explains that there is a pattern to how our experiences, personalities, attitude towards money and other attributes make us behave in a ‘rational’ or ‘irrational’ way.

It means confirming what an investor already believes to be true and then filters out everything that is deemed to be untrue. It also means that the investors will ignore any information that is not to their liking or is against their previously confirmed views.

This is harmful from investors’ perspective because they tend to reach a conclusion first and then try to analyse facts. The facts are again interpreted and moulded to confirm what they had already decided.

Since everyone already ‘knew’ (mostly through social media and Whatsapp forwards) that Indian economy is in a slowdown phase, the oil price rise further added to the belief that the market will give better chances to enter at a later stage and thus there is no point in taking losses.

Confirmation bias makes people hold on to their bad investments for too long. They keep on looking for additional information in order to prove to themselves that they were right. This goes on till they realise their mistake and then give up, selling at a huge loss.

How to overcome confirmation bias

As humans, we often act with conviction when not required and tend to overestimate our knowledge, skills and stock-picking abilities and underestimate risks.  Some investors consider themselves to be market wizards. They presume that they can predict the market’s moves, after having done so once or twice. They attribute successes to their sound stock-picking ability but failures to poor luck. Few also believe in having an advantage over others in case they have some specific information or a ‘tip’ or have read a ‘highly researched’ and fact-based report.  Armed with this (over)confidence these investors buy when they are feeling confident and sell when they are particularly scared.

It also makes them miss the big recoveries. Most are confident of identifying the bottoms, but somehow always miss them and then finally start buying back when the market is up substantially. Overconfidence also makes people take concentrated positions rather than going for ample diversification.

How to overcome overconfidence

There are two sorts of forecasters. Those who don’t know, and those that don’t know they don’t know. 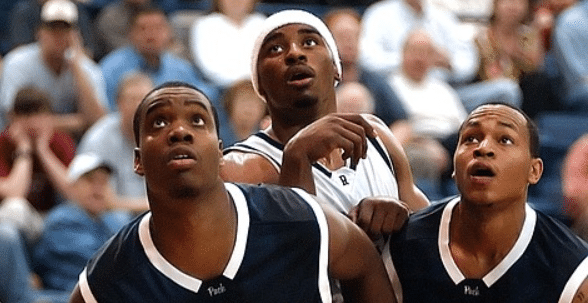 “people anticipate regret if they make the wrong choice, and they consider this anticipation when making decisions. Fear of regret can play a significant role in dissuading someone from taking action or motivating a person to take action.”

Loss aversion is the feeling of regret after a decision resulted in a bad outcome, post which we want to avoid any sort of loss. This results in no decision making at all, for fear of loss or failure. Psychologically, the pain of losing INR 1000 is more than the joy of gaining INR 2000 on the same investment. Most of the times investors sell their winning stocks too early, regretting the decision later after the stock has turned into a multi-bagger.

Many investors sold out of their portfolios before Thursday, September 19, 2019, for they did not want to take losses, they were overconfident in their assessment of macro-risks and could not imagine a contrarian scenario where the FM would bring to fore policies to spur growth.

However, once the tide turned on Friday, they bought because they did not want to regret later for not having participated!

How to overcome regret bias

The investor’s chief problem – and even his worst enemy – is likely to be himself.

In the investing world, understanding our behaviour, our reasoning and logical ability, our attitude towards money and our action (or No action) is what ultimately matters.  Successful investing is a decision making exercise and one where the investor has to exercise a great deal of patience.

This is not easy.

However, understanding the biases and overcoming even some of them would make the investment decision-making process slightly simpler.

Nishant is associated with capital markets since 2005. In his recent role, he was managing the...