Recession is a powerful word. While the world is still not yet agreed on whether or not there is a global recession coming, we have some really interesting trends and patterns that have been observed by experts repeatedly during periods of recession in the past. These trends have now become a bizarre way to predict a recession. Wondering why we used the word bizarre? Let’s find out,

Multiple studies over the years have noticed a pattern of decline in sales of men’s underwear during a recession. 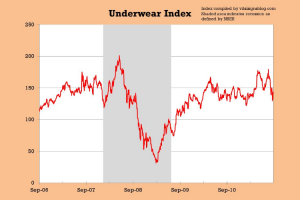 It is generally accepted that men would try to extend the wear of their existing underwear if they are worried about recession and financial crunch. It is also seen that as the economy gets better it is one of the first discretionary purchases made by men.

In 2022, if we go by this index, there is a slight downward trend in the purchase of men’s underwear in the US but it is not so severe as to warrant a recession-like situation.

Another pattern that has been noticed by the online dating platform Match.com is the trend of more desire to start dating during economic slumps. Whenever there is a significant downward turn in economic growth, more people are active on dating apps and sites and looking for partners.

This trend was first noticed in 2008 when Match.com noticed its busiest quarter in 7 years during the economic slump. Since then, the trend has occurred multiple times during periods of economic slowdown.

The belief here is that when times get tough, people don’t want to be lonely and look for partners to share their woes. Online dating is also much cheaper than offline dating and hence is preferred when the money’s tight.

This index has proved 82% accurate over 11 years from 2001 to 2012 for the US economy. Here it was seen that when the economy is slow then the garbage produced by people is also significantly less.

This is based on the principle that during periods of recessions, people tend to use fewer goods and hence, produce less garbage.

You can also predict a recession based on the search trend for recession. The more and more the word appears in news, the more likely it becomes for it to happen. 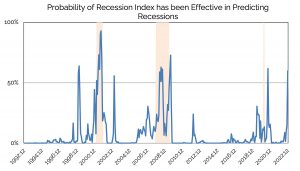 The idea here is that as the economy slows down, more and more people will look up whether there is a probability of recession to plan their expenses accordingly.

This index was created by ‘The Economists’ and it counts the number of times the word was used in ‘The Washington Post and ‘The New York Times’ per quarter. It has been a hit-and-miss so far.

Since funeral costs are a big expenditure in most parts of the world, it has been noticed that when a recession hits, people tend to not claim dead bodies in order to avoid funeral expenses. 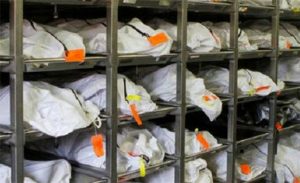 When the bodies are unclaimed, the state pays for the funeral costs. While this has proved correct on occasion, it has also been incorrect on many occasions. The trend is largely seen in some states of the US and due to the cultural significance of the dead bodies is not true in many countries.

There are two theories when it comes to divorce rates and recession. One of them is that as time gets tough due to the financial crunch, more and more people split up.

The other states that since divorces become more expensive during a recession, people postpone it till the economy is better. The patterns however back the second theory. Both the UK and US have noticed a significant drop in the divorce rate during the recession.

This index was first proposed in 1926 and states that as there is a boom in the economy the hemline of women’s skirts gets higher going up to a miniskirt and as the economy slows down, the hemline goes lower to a maxi skirt.

This is a disputed index and many have contradicted this theory. Here is a detailed study of this index with data.

It is important to know that these are not in any way or form accurate ways of predicting a recession but can be used as a study of some interesting consumer behaviors that happen whenever there is a fear of recession in the economy.

The key thing here is that all of these unorthodox indexes have largely been noticed in the US and a few European countries. Due to the large cultural differences, such indexes rarely hold in countries like India. But anything that financially affects the US, will also affect the global economy eventually.

Watch/hear on YouTube: Where to invest for one year

The global economy has not seen respite since 2019. While the after-effects of Covid were expected,...

personal finance Uncategorized Young earners
What is financial freedom and can you realistically achieve it?

The term financial freedom has become increasingly popular in the past decade. With the new...

personal finance Uncategorized Young earners What is financial freedom and can you realistically achieve it?

Gone are the days when people finished studying in their early 20s, got married in their mid-20s,...