Vivek Kaul is the author of the Easy Money trilogy, which has recently been republished by Harper Business (an imprint of HarperCollins Publishers). Vivek is in good company as Harper Business has also published the likes of Raghuram Rajan, YV Reddy and Satya Nadella, among others. He is also the author of India’s Big Government – The Intrusive State and How It Is Hurting Us.

We spoke to Vivek about his books, and what made him write three books on the history of money, banking and the financial system.

Tell us about the name “Easy Money” and how you came about it?

Good question. Easy Money is phrase I use (and so do many other writers who write on finance and economics) to refer to a situation wherein governments print a lot of money, create it out of thin air and in the process end up screwing (for lack of a better word) the financial system.

This has been happening from time immemorial, since human beings came up with the concept of money simultaneously in different parts of the world. This is a practice that has been regularly resorted to by kings, queens, rulers, dictators, general secretaries and politicians ever since.

The Easy Money books trace this history in a fairly detailed and interesting way. The book has been written for mothers, grandmothers, grandfathers, uncles, aunties and everyone else, who don’t understand much of economics and finance. All you need is the will to read. (That I cannot do anything about 🙂 )

How did this become a trilogy?

Well, brevity isn’t really a strong point with me. Jokes apart, each of the three books discusses, different eras in the history of money and how that impacted the financial system as well as the financial markets at that point of time.

Let me briefly tell you what each book discusses:

We live in an era when coloured pieces of paper are deemed to be money.

But this was not how things always were. In the United States, tobacco was money for longer than gold was. In parts of ancient India, almonds were money. Corn was money in Guatemala. In the rice-producing nations of Philippines, Japan and Burma, standardized portions of rice served as money. Salt was money in the Sahara Desert.

How did these commodities disappear as money? What role did the rise of banking play in the rise of paper money? How has paper money at various points of time destroyed financial systems? And, most importantly, how do the same mistakes which were made earlier continue to be made in the modern era? I answer these and many more questions in the first book in the Easy Money series.

The US dollar moves the world. It makes the United States of America the world’s only superpower. But things weren’t always as they are now. The British pound was the world’s premier international currency, much up to the first half of the twentieth century. And then things changed and the dollar became the international currency that every country in the world wanted. What made these pieces of green paper so powerful? What role did Hitler have to play in it? Why does the United States have the privilege of the dollar as the global currency? What deal did the United States strike with the ruling clan in Saudi Arabia to make dollar the global reserve currency? Why can the United States print as much money as it wants to, and almost no other country in the world can?
I answer these and many more questions in the second book in the Easy Money series.

Easy Money: The Greatest Ponzi Scheme Ever and How It Threatens to Destroy the Global Financial System

The financial crisis of 2008 brought the world to a standstill. Banks and financial firms all over the world had to be rescued by governments and in effect bailed out by the taxpayer.

But have things changed post 2008? Are financial firms and banks operating more responsibly? Are they taking lesser risk than they did in the past? What will happen as and when the next financial crisis hits us? How is Donald Trump attacking and trying to break the global financial system as it has evolved? I answer these and many more questions in a lucid style, on how the global financial system is operating in the post financial crisis era, in the third book in the Easy Money series.

Do you get asked a lot about easy ways of making money (after all the books are called “Easy Money”)?

In fact, some people have written to me in the past and told me that there are no easy ways to make money in life (which is why I guess they say, never judge a book by its cover).

Well, if there was an easy way to make money honestly, I would be doing that, and not be writing about it 🙂

For an investor, how can they learn from all this financial history? What is the big lesson for them?

Warren Buffett, the legendary American investor, through his investment company Berkshire Hathaway, hasn’t managed to beat the S&P 500 index, as often in the last 10 years, as he did in the past. Of course, there are size issues, given that Buffett now needs to manage much more money than he did in the past and given that, he constantly needs to find good investments. And that is easier said than done.

But more than that there are also Easy Money issues. A huge amount of money was printed in the aftermath of the financial crisis which broke out in 2008. A portion of that money has found its way into stock markets all over the world, driving up prices. In this situation, Buffett’s value investing doesn’t really work.

Buffett had a tough time between 1996 and 2000, as well, which was another era of Easy Money, when the dotcom bubble was on.

Investors who started investing post 2008, haven’t seen a bear market. They have made money in the stock market, left, right and centre, and tend to believe that the good times are never really going to end.

But that is never really the case, as people who invested before the Great Depression of 1929 happened, found out in a hard way. And so did people who lost a lot of money in the dotcom bubble of 2000 and 2001. And more recently, many people went bankrupt betting on the real estate bubble which ran from 2002 to 2007. Real estate prices eventually fell.

Good times do end. Markets do fall. Recessions do happen. And reading history is the only way you can learn about that. To get a perspective on all this and more, read Easy Money.

You left a rather cushy job to write Easy money. What was the motivation behind that?

I am often asked, why did you write the Easy Money books, given that I quit a cushy job to write it. In retrospect, one can come up with different reasons trying to explain why I ended up writing the books I did.

But I guess, the only honest answer is — I wrote the Easy Money books because I felt like writing them at that point of time – and had the time, the will and more importantly the money to do it.
I started researching what was originally supposed to be one book on October 15, 2011. I started writing it on December 2, 2011.

I am a fast writer. By July 1, 2012 (or maybe it was June 30, I don’t remember correctly), I had the first draft of the book ready. The only problem was I had ended up writing much more than I was contracted to.

As per my contract, the initial draft of the book had to be 1,00,000 words. My first draft was 3,20,000 words long. I cut the book to 2,40,000 words and couldn’t cut it anymore. It is difficult for writers to edit a book given that they are too close to what they have written (especially writers who are writing for the first time).

The previous publisher proposed that we do a trilogy instead of a single book. And that is how I ended up writing three books instead of one.

Thanks Vivek for your time and all the best for your book.

Mr Manish Banthia is a Senior Fund Manager and has been associated with ICICI Prudential AMC in... 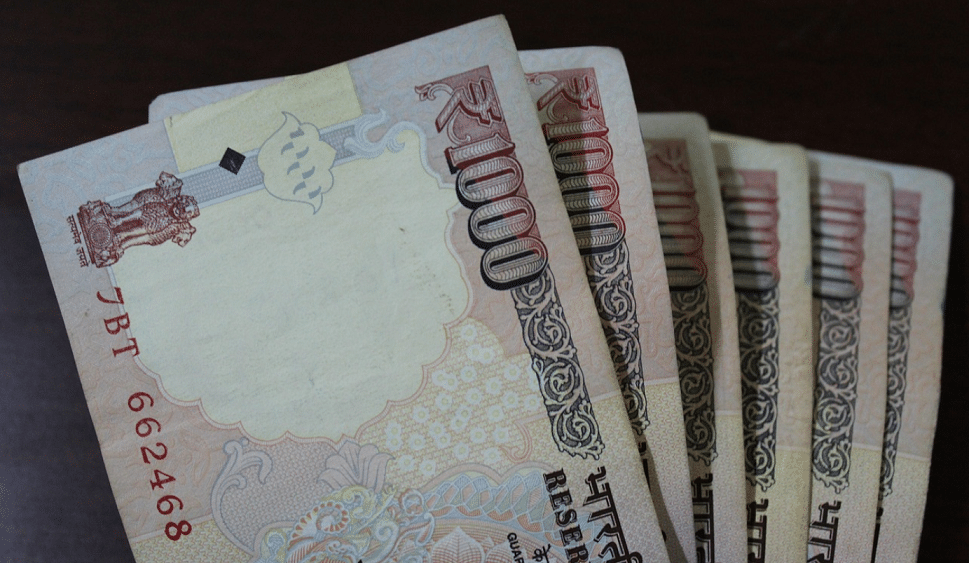 ICICI Prudential AMC recently announced that they have re-started lumpsum investment in... 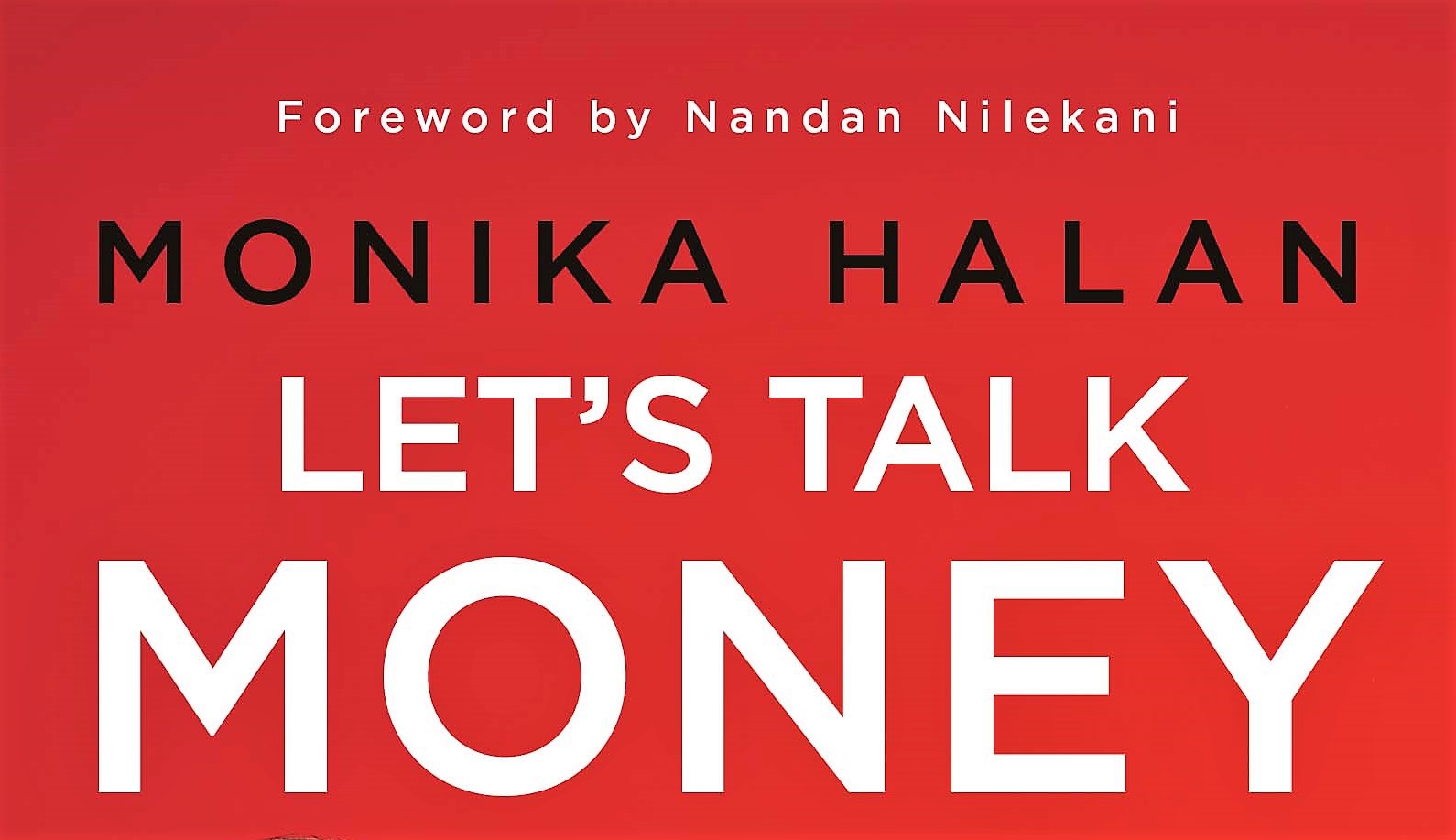 Monika Halan is consulting editor and part of the leadership team at Mint. Her latest book on...