Warren Buffett is a well-known name across the globe, but for the financial world, he is way more than that. Every move he makes, every statement, and every piece of advice is revered and followed by thousands and thousands of people across the world.

But, why is he so popular? He is not the only billionaire in the world in fact according to the latest reports, he is the seventh richest person in the world 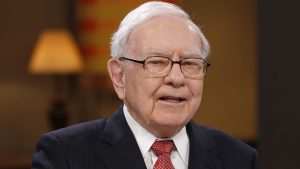 He is also not especially active on social media sites like younger billionaires such as Elon Musk. He is also not someone you will find giving life advice to younger people.

So, why is he so famous among both young and seasoned investors as well as people with an interest in finance? Let’s find it out,

He developed an entrepreneurial mindset at an early age

Most people admire him for having an entrepreneurial mindset at a very young age. When the rest of us were focused on playing, having fun, and enjoying our childhood, he was learning about ways to make money.

He was only 7 when a book titled, “1000 Ways To Make $1000” inspired him to start looking for ways to earn money. By the age of 10, he had already read every book on finance and investing in the Omaha Public Library.

This hunger for knowledge and the challenge of earning money at such a young age makes him separate from all other billionaires around the world.

He is also a self-made man. Even though his father was a member of the US State Congress, he strived from an early age to make his own money.

He would go around the neighborhood selling magazines, Coca-Cola bottles, chewing gums, etc. His entire childhood was filled with various small entrepreneurial ventures to earn his own money. This need for financial independence from a very young age adds to his popularity in the finance world.

He is patient and unfazed by volatility

Unlike many other billionaires, Buffett’s value did not suddenly skyrocket after any particular event. He earned 99% of his money after hitting his 50th birthday.

It is a testament to his patience that he started earning at a very young age, kept investing for the long term, and never fell for quick money or riskier investment strategies. 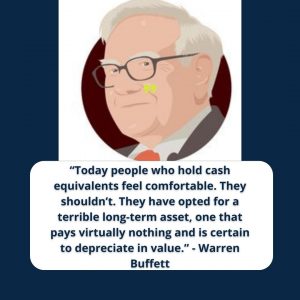 His patience proved fruitful when his consistent and strategic investments over the years compounded and made him a billionaire at 56 years of age.

This inspires many people as people tend to make risky investments when they have the most money. But Buffett sticks to simple and long-term revenue-generating strategies and it has paid him well.

This is by far the most unique thing about him. Being the chairman & CEO of Berkshire Hathaway, a company that owns over 60 other companies, his current net worth is $113 Billion. With that kind of money, you would imagine him living a lavish life!

But, you would be very surprised to see his frugal lifestyle. To this day, he lives in the house he bought in Omaha, Nebraska in 1958. Up until 2011, Warren used a flip phone and even today drives himself to the office every day. He eats the same breakfast every day worth less than $4 and wears suits that are gifted to him by a Chinese designer. His office has only 25 employees.

He is a self-declared frugal and has no qualms about his frugality. This is something that everyone, whatever their net worth maybe can practice and benefit from.

His investment principles are universal

Most of his investment principles are universal and can be adopted by anyone looking to invest their money and build wealth. He is quite fond of mutual funds for beginner investors and believes in long-term, consistent and patient investments.

In his words, “The stock market is designed to transfer money from the active to the patient.”

He also advises people to not be affected by volatile markets in the short term and to continue their investing with long-term goals in mind.

He has pledged most of his money away

Another inspiring aspect of his is that he pledged most of his money away to charity. He has pledged 99% of his wealth to philanthropic endeavors.

He is a fun and easygoing person

As a chairman and CEO, one would imagine him to be a busy person with little to no time for fun. But Warren Buffett takes out time for his hobbies like playing the ukulele, reading, playing bridge, etc.

He eats like a 6-year-old because according to him 6-year-olds have the least mortality rate. His daily diet includes 5 coca-colas, McDonald’s, ice creams, and other junk foods 6-year-olds indulge in.

He is often seen hanging out and having fun with his close friend Bill Gates and loves being around children.

His easy-going and fun personality makes him very likable and charming to common investors who expect a man of his stature to have a much more serious demeanor.

Gone are the days when people finished studying in their early 20s, got married in their mid-20s,...

Money Management personal finance Young earners
Why is it so hard to set financial boundaries and how to do it?

We are all a product of our environment, culture, and upbringing. And most Indians from...

Money Management personal finance Young earners Why is it so hard to set financial boundaries and how to do it?

When it comes to celebrations, no one does it better than us Indians. May it be weddings or...