Retail auto sales dipped to a 20-month low in August. The slump in auto sales led Maruti and Toyota to announce the closure of plants for a few days this month. Speaking at an annual convention of auto manufacturers, Tata Motors CEO Guenter Butschek attributed the slowdown to low consumer sentiment and non-availability of liquidity. This drives home the difficulty of timing a sector, over and above the difficulty of timing the market.

Since we are talking autos, here is a cool tidbit that should also get you thinking about retirement planning. 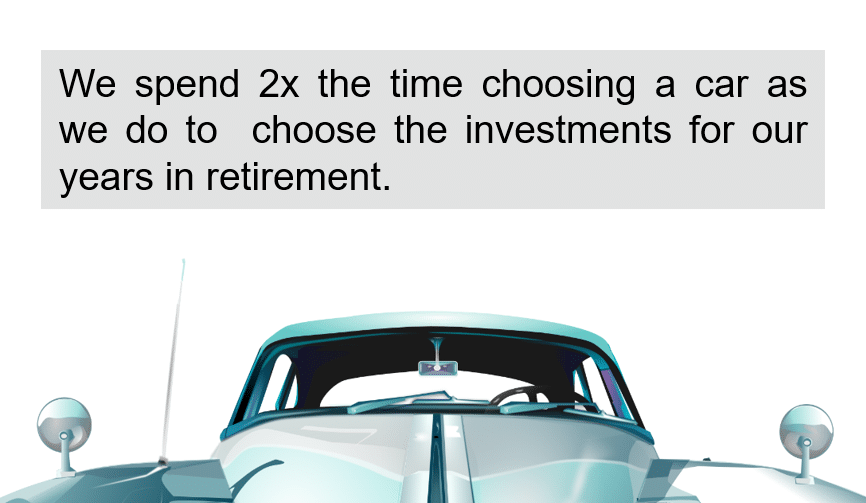 This is important, and it is worth repeating. The past few months have been turbulent. Especially for new investors, it would be the first time you would be seeing a prolonged period of either no gains (large caps) or losses (small and mid-caps). A lot of people will come to you now to tell you how they could have helped you better navigate the uncertain markets in exchange for a hefty fee implying that you are somehow not doing the right things.

We were not bogged down by market uncertainty or discouraged by losses. We carried on with our investment plans and did nothing and continued with their SIPs, which is what behavioural science would want us to do as well.

When the minds were twitchy, and the hands were itchy,

We took the harder route of doing nothing.

The Income Tax Department saw an unprecedented jump in the e-filing of ITRs with an all-time-high record of 49,29,121 ITRs filed in a single day on 31st August 2019. Over 5.65 crore income tax returns were filed by taxpayers for the Assessment Year 2019-20, compared to 5.42 crore in the previous year.

2/ Canara Robeco AMC has announced that Robbert C Vonk has ceased to be the COO, CFO and Key Personnel of the company. Albert Wisgerhof has been appointed in his stead.

3/ Baroda Mutual Fund has announced that Sanjay Chawla has ceased to be a co-fund manager of Baroda Equity Savings Fund. Pratish Krishnan has been appointed to the role from 5th September onward..

and I were at a party given by a billionaire

I said, “Joe, how does it make you feel

to know that our host only yesterday

may have made more money

has earned in its entire history?”

And Joe said, “I’ve got something he can never have.”

And I said, “What on earth could that be, Joe?”

And Joe said, “The knowledge that I’ve got enough.”

Not bad! Rest in peace!