The much anticipated PSU disinvestment announcement came on Wednesday, November 20, 2019 by the Union Finance Minister Nirmala Sitharaman. It is being hailed as another positive step by the government in a series of market boosting reforms.

This latest round of disinvestment is also being touted as a step in the right direction because it involves a ‘Strategic sale’. A strategic sale is referred to as the ‘real deal’ where a new investor is involved and the management control is passed on which in true sense achieves the objective of disinvestment. This is because in India there has been a practice of selling one PSU’s stake to another or through buybacks or changing ownership through other government-owned entities.

Let us understand the process and the perspective of PSU Disinvestment in India.

I am in favour of disinvestment. But if a disinvested company has to tie up with a government company for its livelihood, there is a problem.

What is a PSU?

What is Disinvestment of a PSU?

It is the process of sale, dilution or bringing down of government’s stake in a Public Sector Undertaking. It may or may not result in a management or ownership change. Disinvestment is different from privatization in which there is a change in ownership and management as well. A change in ownership occurs in a PSU if the government offloads more than 51% of its stake along with management control in the particular PSU to private entrepreneurs.

Post-independence the major objective of setting up of PSUs was to establish and develop the growth of core sectors. There were important and strategic sectors which needed control, ownership, foresight and resources which only the government could offer. It was also necessary for generating employment, income and maintaining regional balance. The PSUs were not thought to be run purely from a profit motive but more from a socio-economic perspective.

However, after the balance of payments issue resulting in India’s economic crisis and the subsequent reforms of 1991, successive governments and other stakeholders have come to realise the manifold benefits that disinvestment of PSUs bring.

Disinvestment is generally considered to be a good step once the private industry is large enough such that there is no need for the government to be running these enterprises.  While the government can provide resources to jumpstart an industry, it comes with lower efficiency and productivity. Once PSU achieves the scale they should be transferred to private players through a market-led mechanism. Some of the benefits that come from disinvestment are:

Given the inefficiency of the Indian bureaucracy to effectively implement national objectives, a possible approach (as suggested by Prof. Kelkar once), to salvage the existing PSEs (including all its stakeholders) and to protect the State’s investment in them, would be to transfer all Government’s share in all PSEs to a holding company set up under the Disinvestment Act, at once.

Let us now understand the details of this latest exercise where, along with BPCL, disinvestment has been announced in four other PSUs :

The government has decided to sell its 53.3% stake in the corporation as part of a strategic sale. BPCL, after the sale, will not be managed by the government.  Numaligarh Refinery Limited (NRL) which is part of BPCL, will be hived off as a separate entity and will stay with the government.  It can be sold later to a government-owned oil & gas sector entity, as per the FM’s announcement. NRL is based in Numaligarh, Assam and is quite critical for fuel supplies to the security forces based in the North East. The total amount which can be raised from this transaction is expected to be INR 63,000 crores. Although the actual realisable value can be much higher considering the fact that BPCL is a blue-chip corporation with huge assets and countrywide presence. Historically an auction-based sale has been a better disinvestment process than a strategic sale which has a higher probability of interference.

The government will sell a 30.8 % stake to a strategic buyer passing on the management control in the process. As per estimates, the government will be able to raise INR 13,400 crores from this sale. After the completion of this sale, the government’s stake will be 24% which it wants to retain as Concor’s operations are related to cargo movement through Indian railways.

The government will sell its 63.75% stake in Shipping Corporation to a strategic buyer. The sale is expected to realize INR 2000 crores.

The government will sell its 74.2% stake to National Thermal Power Corporation Ltd (NTPC)

The government will sell its entire stake (100%) to NTPC

Purpose of this round of Disinvestment

This round of disinvestment will fetch the government an estimated INR 78,400 crores. The government’s disinvestment target for the current Financial Year is INR 1.05 lakh crores. Till September 2019, it has been able to raise only INR 12,359 crores.

The government had recently announced a path-breaking reform in the form of Corporate tax cut. This will have a far-reaching impact in the years to come. This might, however, have an adverse impact on the government’s fiscal deficit target of 3.3% for the current financial year. Thus the latest disinvestment exercise becomes all the more important in order to reach the target.

The government recently announced its decision regarding the merging of two state-owned telecom companies MTNL and BSNL. It had earlier in the year announced a merger of state-owned Power Finance Corporation Ltd (PFC) and Rural Electrification Corporation Ltd (REC). The government intends to continue with the disinvestment process and is simultaneously looking for privatising other entities like Air India as well. The Finance Minister has announced the government’s intention of bringing down its stake in select PSUs to 51%. It will be done after taking into account the government’s stake and also in cases where it has a stake through any government-controlled entity.

Investing 101
6 books every investor must read

A wise man once said, “a mind needs books as a sword needs a whetstone if it is to keep its...

Investing 101 6 books every investor must read 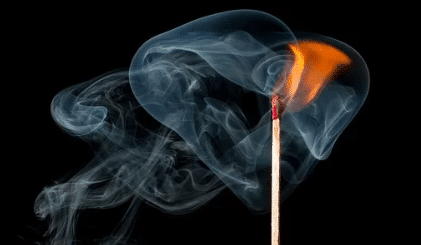 FIRE- Financial Independence Retire Early  If you are an avid financial reader, then chances are...