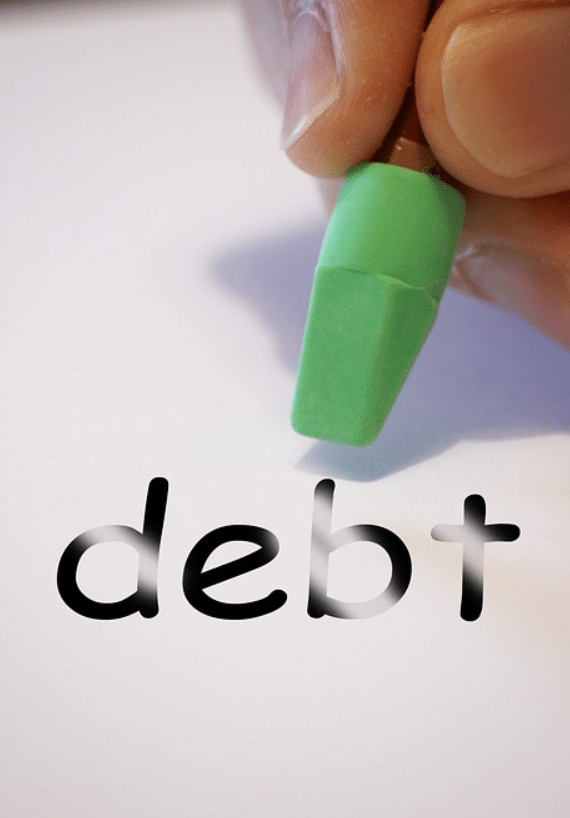 Earlier, on September 12, 2019, CARE Ratings had downgraded the ratings for NCDs worth INR 850 crore of Reliance Business Broadcast News Holdings to grade “D”. ‘D’ or ‘Default’ rating is assigned when an entity defaults on an outstanding liability and is expected to default on all, or most of its other financial obligations in the foreseeable future)

In another instance of default, Altico Capital India ltd, a 15-year-old NBFC, which is a lender primarily to the real estate sector, defaulted on a payment of INR 19.97 crores to Dubai based Mashreq Bank. Rating agency India Ratings & Research has downgraded Altico’s debt to grade “D”.

Ps: something you need to know about credit rating. The rating agencies are paid by the entity that is seeking a credit rating for itself or for one of its debt issues. So there is a big conflict of interest in these credit ratings and they should not be relied on overtly for selecting debt investments.

Any default and subsequent downgrade results in a markdown in the valuation of such debt in the portfolio of the respective debt scheme. The NAV (Net Asset Value) of the scheme is negatively impacted as a result of this markdown. This bought to fore credit risk inherent in debt investing.

In the immediate aftermath of these defaults and downgrades, the NAV of one of the debt fund schemes of Prudential Global Investment Managers (PGIM) India Mutual Fund fell by 30%.   At least four schemes of PGIM India Mutual Fund have taken a major hit as they were holding securities of Reliance Business Broadcast News.

In addition to PGIM, two other fund houses, UTI Mutual Fund and L&T Mutual Fund also have a holding in Reliance Business Broadcast News. In all, around 25 Debt fund schemes from these three Fund Houses  (PGIM MF, UTI MF & L&T MF) are holding securities of Reliance Business Broadcast News Holdings, with a total exposure of INR 654.5 crores, across schemes. The maximum write-down in valuations has come from PGIM MF.

PGIM India in a statement has said that 50% of the money owed has been received. The balance 50% value of the outstanding debt has been marked down. The outstanding debt is in the form of Loan against Shares, backed by RNAM Ltd (Reliance Nippon Life Asset Management) stock. As per PGIM, the value of shares is significantly more than the money owed to it and it would be able to get its money back once the stake sale of RNAM to Nippon Life is completed. (Japan’s Nippon Life, a JV partner, is buying a major stake in RNAM Ltd)

UTI MF  has released a note which said that it will get the money due as its exposure is also backed by pledged shares of RNAM Ltd. Currently, the said securities have been valued at 90% of their fair value. It is thus not inclined to take a ‘haircut’ of more than 10% of the value of the outstanding debt.  A ‘haircut’ is a sacrifice by the lender for recovering part of its dues. Mutual Funds have to reflect the proportion of the realisable value of their holdings. Any default or downgrade should be reflected in the NAV of the holding fund.

L&T MF has limited exposure across a fund and FMP and overall exposure to the troubled assets is in the range of 2-4%. There hasn’t been a significant impact on its NAV. FMPs are closed-end Debt Funds with a fixed maturity period. FMPs are available for subscription only during a specific time frame and come with an opening date and a closing date. FMPs invest in debt instruments like Certificate of deposit (CDs), money market instruments, corporate bonds etc.

This situation is a stark reminder of last year’s events, when IL&FS, an erstwhile blue-chip lender had defaulted on five of its payment obligations by end of September 2018. This and the subsequent series of defaults by other names like DHFL and Essel group had resulted in a minor crisis in the seemingly strong Indian financial markets. The ripple effects of the 2018 fiasco were still being felt when this fresh set of defaults is in the news again.

As the above instances show, the answer is clearly “No”. They are safer when compared with Equity funds or even with Hybrid Funds.

Under no circumstances should debt funds be invested in as an alternative to Fixed Deposit.

The two major risks associated with Debt Funds can be listed as:

Debt funds inherently carry an interest rate risk, although the degree could vary. The interest rate cycle of the economy is related to the bond prices and in turn, impacts the NAV of the Debt Fund.

Generally, in a rising economy, interest rates move up and in a slowdown, they go down. Investors should understand that the prices of bonds are inversely related to the interest rates. So when interest rates rise, bond prices fall and so does NAV fo debt funds and vice-versa.

Credit risk is the risk of default on a payment due by the borrower. For an investor, this could mean losing both principal and/or the interest on the said debt instrument. Credit rating agencies assign ratings to the debt securities of companies based on various parameters, including the ability to service such debts. (‘AAA’ rating is the highest safety category and ‘D’ or ‘Default’ being the lowest). A higher credit rating generally means lower chances of the company/debt security defaulting on its obligations (repaying the principal and/or interest) and thus lower credit risk. However, post the IL&FS crisis, there have been instances of defaults by high rated entities and sudden changes in the ratings assigned to some of the debt securities.

If they are not 100% safe, then why invest in debt funds

Debt funds have quite a few attractive characteristics, even if they are not 100% safe.

2/ They are appropriate from a short to the medium-term perspective where credit and interest rate risk is lower.

3/ Indexation benefit is available on the gains after three years, thus providing for tax efficiency.

So, what can Investors do?

It is important to understand that a Debt mutual fund Manager has a basket of securities to invest into, like treasury bills, government securities, PSU bonds, government bonds, certificates of deposit, commercial paper and corporate bonds etc. Look for quality and continuously monitor the portfolio for any instance of financially troubled assets.

1/ Check for concentration – a relativity easy measure is a scale of 5%. Any debt fund with a weight of over 5% in one companies debt could be a concentrated exposure, which can be avoided.

2/ Avoid funds having high exposure to companies with high leverage.

Remember, a slightly lower return is always better than risking the entire investment.

Risk comes from not knowing what you are doing.

Should you sell out now?

Selling out of all your Debt investments considering this turmoil is uncalled for.

First, you will have to take all the losses even in cases where there is a possibility of NAV (Net Asset Value) recovery due to writebacks.
As per regulatory norms, in case of a default, Fund houses are required to “markdown” their holdings in these securities. In case of a recovery, the Fund House can “write-back” or recover, resulting in appreciation of the NAV.

Second, side pocketing is an option which the fund houses use for keeping or moving aside any problematic investments for the ‘time being’. The NAV is thus, not impacted and investors get paid if and when there is a recovery from these troubled investments. Side-pocketing is allowed by the regulator. It essentially means segregation of portfolio into ‘good’ and ‘bad’ investments in case of a credit event. The ‘side pocket’ or a provision is created for the temporary ‘bad’ investment in the hope that its value could be realized in future.

So, we would suggest, now that the event has happened, wait for a complete resolution rather than taking a hasty call. Also, go through your debt portfolio and ensure none of your other debt schemes has concentrated exposure to the debt of a single company.

Budget 2020 measures that affect personal finance and nothing else.   1/ Tax rates - most...

What do you need in your deposit account? We asked our users what they value the most in a...

Our founder and CEO Gaurav (@rustapharian) speaks with Neil Borate of  Mint about the big...